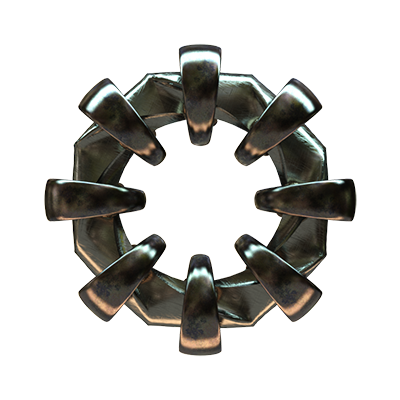 Thera is an animated sci-fi/fantasy series. Each season is planned to be roughly 8 half-hour format episodes (~22 mins running time). Thera would be a serial, with an evolving story line across episodes that dives deeper into a mysterious prophecy, how an ancient dimensional portal between Earth and Thera has linked their fates, and how Marlene (the main character) fits into it all. (More information in the STORY page.)

Brian Dean and Kevin Koperski have teamed up to form Amulet Studios, under which Thera will be produced.

Instead of using traditional offline rendering, Thera will be rendered with the Unreal game engine.

After working on over a dozen animated feature films for two major studios, I've seen first hand the short comings of traditional animation pipeline. These pipelines are set up very much like an assembly line. It is very linear in style, with one department working on their own little piece before handing it off to the next department, who then completes their bit and hands it off, and so on. Assembly lines are set up to enable efficiency and mass production. They do not foster creativity or collaboration. Real time capabilities of Unreal remove a lot of the restrictive time constraints of traditional rendering, and allow for  a more organic, collaborative and creative approach.

Working in real time in the Unreal editor allows for faster iterations and more creativity. But quality doesn't have to suffer. Unreal does offer a "render" feature. Through various animation and rendering tools in Unreal, final frames may be output at high resolution. Render times in Unreal are in seconds per frame, as opposed to hours in a traditional renderer. Coming from the world of animation, I consider that to be real time! The bottom line is that the need for expensive render farms is gone. Without the cost in money and time associated with long renders, creating an animated product in Unreal will be significantly cheaper and faster.

So why doesn't everyone use a game engine? Well, the quality of traditionally rendered images is admittedly a lot better. Or at least that has always been the case. However, advances in computing are allowing game engines, like Unreal, to produce increasingly complex and realistic images. Since animation is often very stylized and doesn't require photorealism, game engines are a good fit.