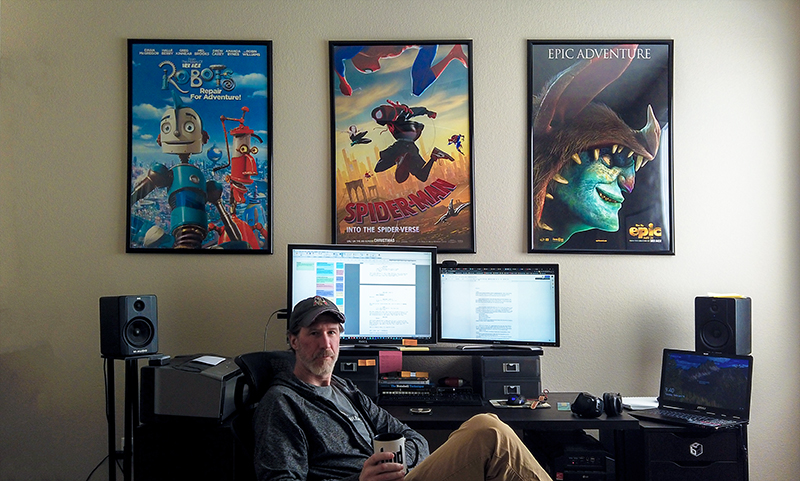 As you can see above, my office is pretty much fully unpacked. Well, as unpacked as it's probably gonna get at this point. Maybe a few more pictures to hang. I'm doing my best to stick to my goal of a new blog entry per week. It’s not always easy (this week's is a bit late), as there's a lot keeping me busy these days. But I feel it's worth it to take the time to post updates on the progress being made

So, let's get to it. What has been going on in the world of Thera lately? I’ve basically got three things on my plate. Writing season 1, working on storyboarding a test sequence, and rethinking some character designs.

Writing:
I finished a rough first draft of episode 2. That was quite an accomplishment. The more this story gets put to paper, the more it seems to come to life. New ideas I wouldn't have otherwise thought of spring to mind while I'm writing out various scenes. Also, things don’t quite go as planned in my outlines. Which is not a bad thing.

The plan is to get through an episode per week. I'm not expecting to have final drafts, mind you! As fast as that sounds (it sounds crazy fast to me!), at a rate of one episode per week, it'll take me 2 months to write the entire first season. I expected this process to be torture, because I'm not a writer. But the characters are beginning to take on a life of their own and that is incredibly satisfying. Once it’s all roughed out, it’ll be a lot easier to go back and polish things up.

Test Sequence:
I’ve also started to think through the test sequence that will serve as a kind of proof of concept piece. I’ve had the general idea for a while, but I’ve had to start thinking more granularly; in terms of specific actions and shots. Part of this sequence will take place in Leo’s lab. And I’ve had to put some thought into exactly what that lab is. While I don’t need to have a final design for his lab (I’ll keep it dark and moody), I do need to have an understanding of how he enchants the amulet (which we’ll see him doing). I think I have some pretty cool ideas.

Character Redesigns:
Ultimately, I want to have a character artist do a pass on the characters. But I’ve been doing some rough concept work on a couple characters to get my head wrapped around how they might be reconceived. This is on the bottom of my list though.

Lots of other things are in the works. In my last blog, I teased some exciting new developments which would be announced soon; and they are coming. I promise! But that's it for now. I'll leave you with a pretty picture of a lighting test I was working on using some assets from the Unreal Marketplace: