February 12, 2021
Brian P. Dean
With all the tools out there for building a website, which is right for you?

I sat at my computer staring at the Thera project folder on my hard drive. It contained roughly 203 gigabytes of data. Character models, test renders, animation tests, story drafts… I had done a lot of work. So far I had made everything on my own, but I have no desire for this to be a solo project. Eventually, I would need to try to find people to help out with the mountains of work that still lay ahead. I realized that time was close.

The first problem you might face when bringing someone onto a project is: explaining to them exactly what the project is so they understand what you’re after. The best way to do this, I figured, is a website. Websites are easily accessible by pretty much anyone and can provide a great way to organize and present content. A website is one of the best ways for a person or company to let the world know who they are and/or what they’re about. These days they're fairly ubiquitous. There are literally dozens of them on the internet. 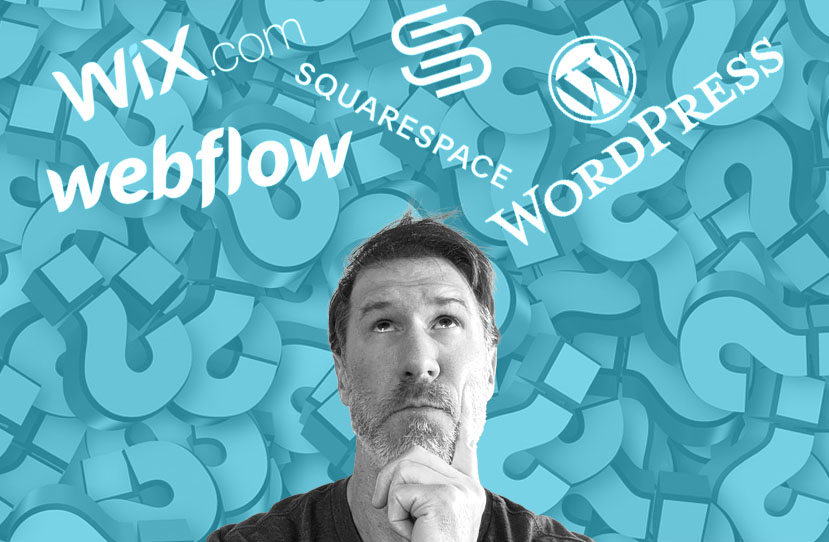 Now, I’m not a web developer. I don’t know HTML or anything else that would allow me to actually code my own website. Thankfully, there are visually-based tools for this. I’ve been using one of the more popular ones, Wix, for years now. It does all the heavy lifting for you on the code end, while you just drag things around on the screen. This makes the process fast and easy. I actually already had an old Thera website that I built with Wix. I just needed to update it and give it a redesign. So, as I sat trying to update the site, I quickly ran into design obstacles. The biggest strength of Wix is it’s greatest weakness: everything is made simple. When things are overly simplified, you often lack the control to fine tune all the little details exactly to your liking. I wanted something unique, and specific to my project. After an afternoon of redesigning, I wasn’t having luck with Wix. I asked a friend what he uses for his web design. He said Webflow. I had never heard of this. I decided to check it out.

I headed over to their site, set up a quick account (it’s free to set up) and then dove into their web-based design tool. I have to admit, it was a bit daunting. The interface is much more complex than Wix’s. After watching several tutorial videos, I was convinced this had the power to do what I wanted. But the problem was the learning curve. How long would it take me to learn all this? Did I really want to spend a week or more learning another app? Maybe just cranking out a website in Wix in a day or two would be good enough. Was it really worth all the added time it would take to rebuild the site using Webflow? I decided the answer was YES.

Once I got the hang of how Webflow worked, I started realizing the possibilities of what I could build into this site were endless. I could do almost anything! It might take a while and be a bit tedious, but I could basically build anything I wanted. And, as what usually happens whenever you discover great new powers, I might have gone a little overboard at first. I was having fun, but I had to rein myself back in a bit.

I figured the best thing to do would be to rethink exactly what I wanted this to be, and then focus on designing a site that met those needs. Focus. That’s the key.

And now the pain began. Since my design options were not limited as they were in Wix, I was almost overwhelmed with ideas for what I might want to do. I’m not really a web designer, so I had to surf the web and try to find examples of good web design that I liked. I spent hours surfing the internet trying to get inspiration from other sites and figure out what would work best with my site. Parsing out the good ideas from the bad is something that just takes trial and error. Then of course, there’s figuring out how to actually execute an idea you decide is worthwhile. This was all very time consuming.

I soon found myself overwhelmed. I had too many ideas. I was wasting hours building and testing them all.  I started wondering if this was even worth it. Maybe I should have stuck with Wix. I could have had this site finished in a fraction of the time and moved on to more important things. I’m not a web designer. What if I ultimately hate whatever I come up with? What if I realize I haven’t built it properly or it won’t even work on different browsers? Then I remembered something. I have a lot of friends who know a thing or two about visuals. I could use them as guinea pigs.

So, I started publishing test builds and sending them off to my friends to see what they thought. Whenever they told me they really liked something, I thanked them kindly and kept it in the final design. Whenever they told me they didn’t like something, I told them they didn’t know what they were talking about and clearly they knew nothing about web design and never mind I'll just do this myself thank you.

Then finally, at long last, I had a site with which I was happy. Or at least something I was willing to call finished. (For now.) And if you’re reading this blog, then you can see the end result of all this. Was it worth it?  You be the judge. You can email me and let me know. But I’m sure you have nothing but praise. Right? Of course. And remember. This is my site. I have the power to ban you.
‍

In all seriousness, this site took much longer to build than I originally expected. I had given myself a couple days to build a site using Wix. Building out this site with Webflow took almost a month. I think it was definitely worth it. Not only was I able to give it personality and character that was impossible with Wix, but I learned a valuable skill that I'm sure will come in handy later on. And while the design and execution might not be perfect, I can say this is a site I built. I made it. The choices I made were mine to make, rather than being presented with a series of presets to choose from.

So, what is the best tool for you and your website? Only you can really answer that. If you need a site quick and fast, tools like Wix or Square Space are great. But there are times when you need a little something more. For me, in this instance, Webflow was the solution I needed. 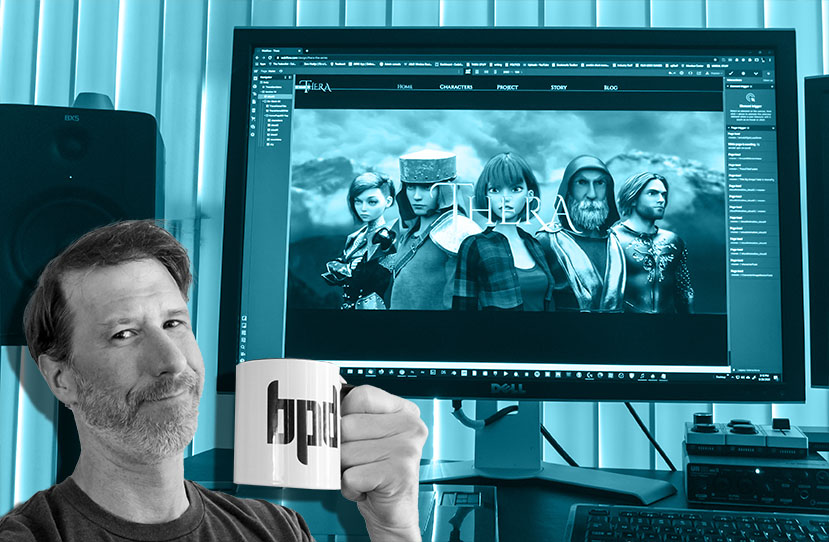