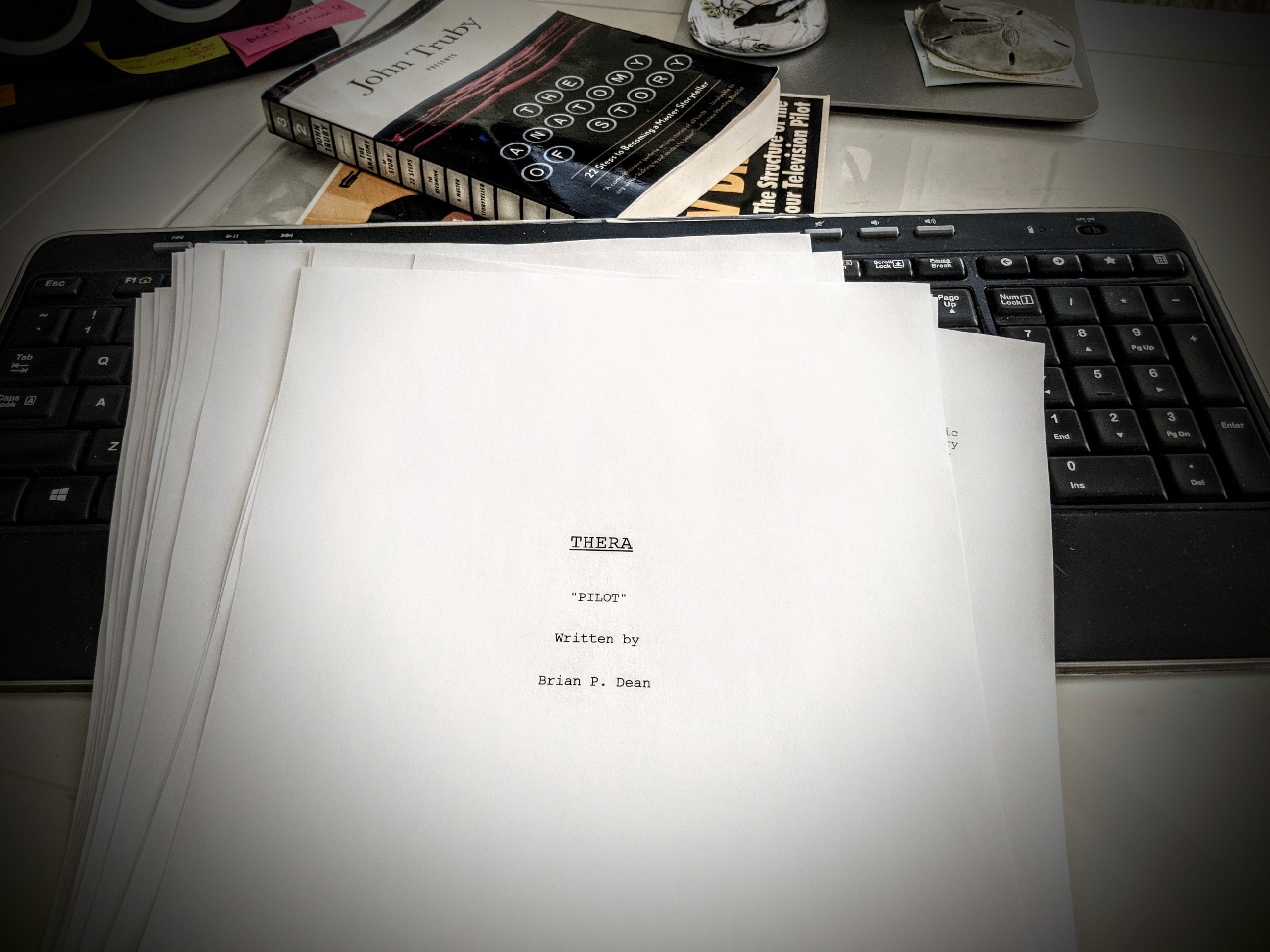 Just before Thanksgiving, I finished an early draft of the Thera pilot script. I must stress: it is an early draft. And it is very rough. And it's still missing a couple scenes, and I'm still trying to figure out exactly where one of the characters fits into the story. But, the unformatted Google Doc version of the story I had been working off was at long last re-written into a (mostly) properly-formatted script using Final Draft.

And then I printed it. And I held it, still warm from the printer, in my hands and looked at the cover page. Boy did that feel good. I smiled. (I dare not turn the page and actually read through any of it, that would have spoiled the moment.)

“The first draft of anything is shit.”  — Ernest Hemingway 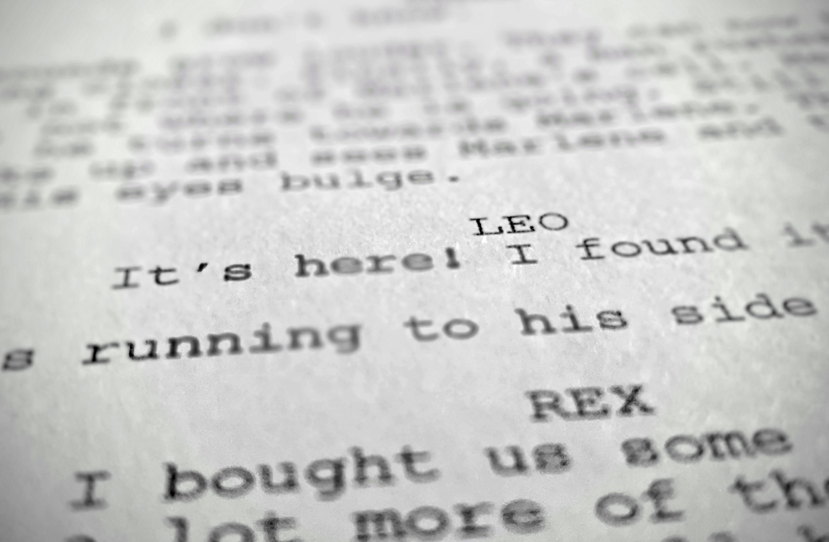 Writing is hard. I came up with the idea for Thera a little over a year ago, but there were large holes in the origin story and general mythology that I simply couldn't figure out. Then, sitting with my laptop over my Christmas vacation, it all just clicked. The entire story, the entire backstory, the world, the lore, the legends ... it all clicked and came together. The broad strokes of two thousand years of history of this new fictional world came rushing out of my fingers and into a google doc. I've since reworked a lot of those original ideas, but the basic premise has remained intact. And now, almost one year later, to have a printed version of the pilot script feels like quite an accomplishment. But I'm not fooling myself. I have a monumental task ahead of me: Fixes, re-writes, more re-writes, polishing, more re-writes and a couple more re-writes are still ahead.

The hardest part of any large project is taking that first step. Once you start, however, it starts getting easier. And suddenly you get to a point where you can look at what you've accomplished so far and start to see actual, legitimate progress. And that is inspiring. So that's where I am now. On this Thanksgiving, even though I know I have a long road ahead, I was thankful for the sense of accomplishment I felt from this simple 25 page stack of paper.

No one is ever going to see your first draft. Nobody cares about your first draft. And that’s the thing that you may be agonizing over, but honestly, whatever you’re doing can be fixed…For now, just get the words out. Get the story down however you can get it down, then fix it.” — Neil Gaiman